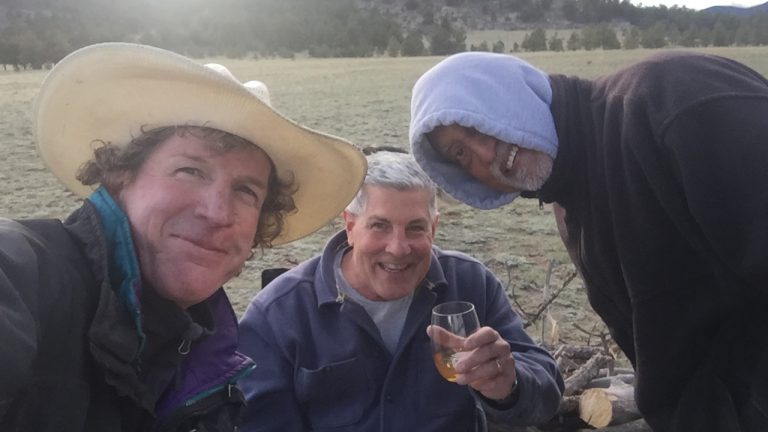 A friend of mine recently purchased a Minnie Winnie and was itching to take it out for it’s first camping trip. Now this being the break-in trip and all, it’s something which is best suited for a guys trip out as apposed to wife and family. I mean you never know what could go wrong on the first break-in trip! It’s better to work out all the kinks with they guys before opening it up to family!

With that being said, Rob invited Steve and I. Steve and Rob are two friends of mine that I’ve known for a number of years. I’ve camped with both of them before. On this trip we simply went for an overnight out near Tarryall in the Pike National Forest to test out the new rig. Of course we had a wonderful time and survived the ordeal, even though Rob had quit a lengthy list of thing he wanted to bring for next time when his family would be partaking.

Steve and Rob and the two dogs slept in the camper. I wasn’t really in the mode to set up my tent so I just slept in my jeep. I’m actually glad I decided to sleep in the jeep, because it got below freezing that night. My sleeping pad still has a slow leak in it so I would have ended up spending much of the cold night atop the cold ground.

Of course we had a great time. Even though it was just an overnight, we had plenty of adult beverages and unhealthy food to keep of alive in the wilds of Colorado! Rob and I took my jeep out for some exploring on the second day. We got into some pretty cool 4-wheeling at one point. The picture doesn’t do it justice, but it was pretty steep and challenging in a few areas.

Anyway, we all had a great time in the mountains of Colorado!