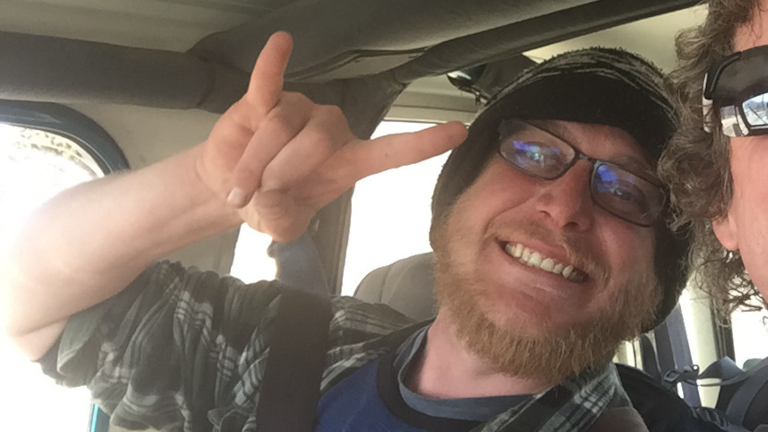 I made a quick stop at Loaf ‘N Jug to pick up a drink before heading to Monument for a short drive. A young gentleman was sitting outside with a full backpack and day pack wanting to get to the bus station downtown. We talked for a bit but I was heading north not south.

On my way back from Monument I decided that if he was still at Loaf ‘N Jug needing a ride I would give him a lift to the bus station. Sure enough he was still there. I did some hitch hiking in my youth so I occasionally like to pay it forward.

Dan Keyblur is the name he gave me, so we’ll go with that! I told Dan I didn’t have any money to give him, but I could get him to the bus station. ‘That would be great!’ he said.

We had a great 25 minute talk on the way to the station. We discussed topics that included global warming and what affects it may or may not have on the tree line we were looking at on Pikes Peak.

Although the odds are pretty good I won’t bump into Dan again, we’ll both probably laugh and high five if we ever do … and talk about how we randomly ran into one another!