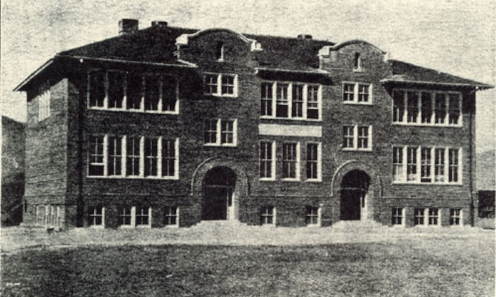 It’s inspiring, encouraging, and just down right enjoyable when one is privileged enough to have known an individual who has made such a positive influence in so many people’s lives. I’m referring to Mr. Breese.

Mr. Breese was my high school principal back in the late 70’s in the small town of Monument Colorado. I just recently attended a Celebration of Life for Mr. Breese, along with many many of his previous students, faculty, administrators, friends and family. Believe me when I say there was quite a showing that turned out for this man.

As I sat and listened to the speakers telling stories of his life, or experiences they had had with him, I reflected back on my own memories of Mr. Breese and how he influenced my life. I remembered what he looked like walking down the hall. I remembered him standing up and speaking at a high school assembly. I remembered him at my wrestling matches. I remembered him in the parking lot. I remembered other people talking about him. I remembered the strength and the positive nature of his faculty. Which could have only been put together by the Captain.

I wasn’t a trouble maker, so my trips to his office were few, just once. I think that’s because it only took one trip! I don’t remember why I had to go to his office, but early in my freshman year I did. And I knew that I never wanted to go again. It wasn’t because I was afraid of Mr. Breese after that one visit. It was because I respected Mr. Breese after that one visit. That’s all it took. After that, I didn’t want to show any disrespect toward him by doing something he would not approve of. May sound corny, but that’s the truth.

Mr. Breese lived a purposeful life. He had the unique talent of helping young boys and girls learn from their mistakes and become better people. He, along with the staff he built and mentored, influenced and helped guide me through those confusing years of high school. For that I am grateful.

Thank you for helping me be a better person Mr Breese.