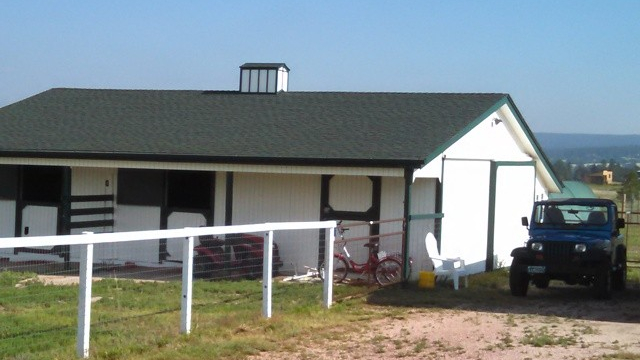 The portion of the day spent with Nicole was exciting to say the least. We almost rolled the jeep! Not really, but we did take a turn a little on the fast side. I was giving Nicole some driving lessons and there was a point when some miscommunication occurred between student and teacher. The end result was we took a turn a bit too fast. She’s doing pretty good though. My jeep isn’t the easiest car to drive.

The rest of the day was spent doing little essential tasks or relaxing. I think I was tired from not getting much sleep from the previous night. It really is a whole different world when your outside and it gets dark. This fact made me aware of the people that truly are homeless. It’s not an uncommon site seeing people sleeping on a city bench during the day. They probably had a sleepless night. It can be cold and scary outside, at night, when the sun goes down.

I spent the night in the above barn at my brother’s house, code named Scott. This would have been heaven for any homeless person. I had electricity to keep my phone charged. I had water to brush my teeth. I had paper towels to wash and dry my hands and face. I had a roof over my head to keep me warm and dry. I had all the amenities of a real home. I had a restful and very pleasant night.

I learned today that poor or miscommunication can be more adverse than no communication. I’m thinking Nicole would have made the turn better had I not given advice!